Most of my secret shopping job reports have been very positive over the years.  A few had some minor problems with cleanliness and rudimentary mistakes.  However, one shop I did stood out of all reports where there were some common courtesy rules that were broken.

It was a report where I had to answer 20 YES/NO questions, 8 multiple choice and write the details of what happened.  This secret shopping job was a well-known Mexican restaurant that normally had good reports for cleanliness and customer service. They were caught off guard when I visited. It’s always bad news when I, the mystery shopper, had to say “hello” and to ask for service. Here's the report.

The parking lot to the Mexican restaurant looked clean and the grass was freshly cut. However, there was a strong odor coming from the outdoor trash bin. The door was left open and the bins were overflowing with garbage. The only other problem I saw was some smudges on the glass to the front doors.

I opened the smudge-filled doors and saw a cashier and a waitress giggling at the counter.  Neither employee looked at me when I approached them.  There was a sign that read “Please wait to be seated.”  I said hello.  The waitress, who wore a name tag that read Betty, said something else to the cashier, whose name was Jody.  I said hello again.  Betty glanced at me and said, “Hi.”  She said something else to Jody and walked into the kitchen.  Jody never acknowledged me. She spent her time counting money from the drawer. I continued to wait at the cashier’s stand for someone to seat me in the dining room.

I saw eight waitresses working on 10 tables and two managers watching people in the dining room during my wait.  Three waitresses walked by me a couple of times, but not one of them said anything to me.  Six minutes after I arrived, one waitress presented a carryout order to a gentleman in the waiting area, who was there longer than I was.  I continued to walk around the waiting area to see if someone would acknowledge me.

After 13 minutes of waiting, I walked up to a waitress and asked to be seated.  She was not wearing a name tag. She seemed surprised by my request and showed me to a table in her section.  Later, I found out her name was Virginia, because her name was on the bill and I heard another waitress address her by name.

Virginia went to the kitchen and placed the order. I didn't see her again until 9 minutes later when she delivered my food. She said to be careful about touching the plate because it was very hot. She asked if I would like anything else.

The beef fajita plate was indeed hot and I had to let it cool a bit. The meat was tender and tasted great with some steak sauce. The refried beans, on the other hand, were pretty hard and a bit cold. The soft drink was watered down and had too much ice in it.

23 minutes after I received my plate, I was looking for Virginia. I got up to look for her and to visit the restroom. In the men's restroom, there were some wet paper towels on the floor and the only trash can was overflowing with garbage. The mirrors were clean and there was plenty of soap in the dispenser.

I walked around the dining room and found Virginia talking to another waitress in a corner of the restaurant. I asked her for the bill. She apologized and went to the cashier's stand and printed a copy of it. She did not ask if I would like any dessert.

I paid cash to Leslie, the cashier. She counted the change back to me incorrectly. The bill was $9.50 and I gave her a $20 bill. She gave me a $1 bill instead of a $10 with my change. I pointed out the error and she said I was wrong. I spent over a minute to convince her that she owed me $10. Leslie finally complied with me and gave me the correct change. She did not apologize for the confusion.

Before I left, I placed a small tip on my table.

I normally wouldn’t have waited 13 minutes to be seated, but I had some time on this day and I was curious how long I could go without someone saying something to me.  This was also a time when the morning shift was through with their mad rush and the evening crew was starting to arrive.  Some business owners want to know how their employees are acting during these times.

Your secret shopping job reports have to cover as much detail as possible about your visit. Anything that you took points off for or answered NO to a YES/NO question has to be commented on. This report was unusually long because of all the problems.  My reports are usually around 300 to 350 words, whereas this one was close to 700. Many secret shopping job reports will have a minimum requirement of how many words or characters you enter per narrative. If you entered only 180 characters in your report and the requirement was 250, a red prompt will let you know that you're not done entering information for that question. 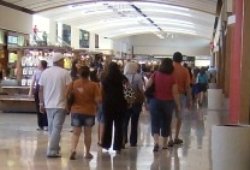 Mystery shopping companies want to know what you liked and disliked about the food. They will ask several questions about it and want a written response on all food items. Other than that, they really don't want your opinion on things that happen during the visit, like the long wait to be seated.  Mystery shop companies and business owners know that 13 minutes is unacceptable.  Also, don’t write in your secret shopping job report that you were grossed out by a mess in the bathroom.  Describe the mess as a wastebasket overflowing or wet paper towels on the floor.

Most restaurant reports will ask for exact times on delivery of appetizers, drinks, the main entree and when you received your bill. They also want to know how many times the waitress checked back with you.

After reading this, I hope you have a better understanding of why secret shopping job reports are very important to a business owner.

Read this government report about the legality of mystery shopping.

This industry is always looking for new faces to visit different places.  You can read more about starting a secret shopper business from my book (or eBook) "Take That Job and Mystery Shop It!"

Enjoy this page? Please pay it forward. Here's how ... Would you prefer to share this page with others by linking to it? Click on the HTML link code below. Copy and paste it, adding a note of your own, into your blog, a Web page, forums, a blog comment, your Facebook account, or anywhere that someone would find this page valuable. var l = window.location.href, d = document; document.write('<form action="#"><div style="text-align:center"><textarea cols="50" rows="2" onclick="this.select();"><a href="'+l+'">'+d.title+'</a></textarea></div></form>');